From the Minister - Deacon Stephen Roe 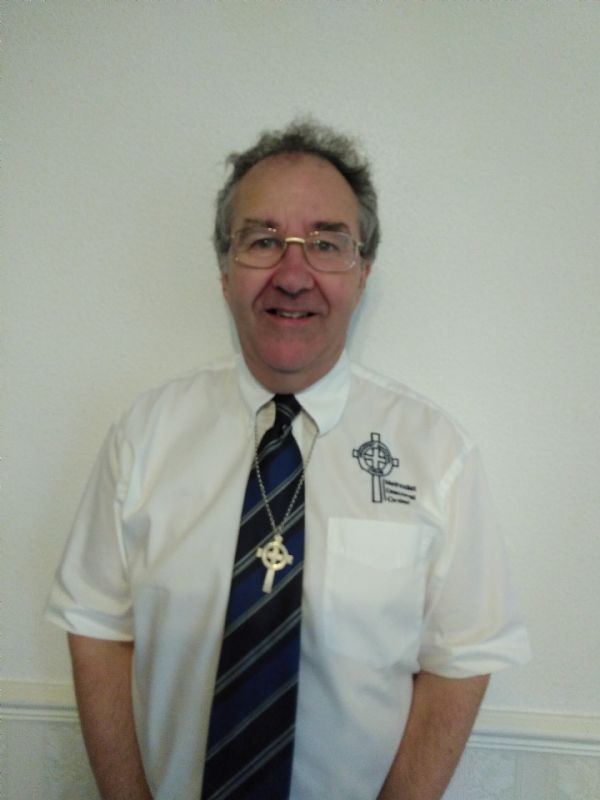 Hello to you all, as I have recently moved to Swindon here is some background to who I am.  I am married to Angela and it will be our Pearl Wedding Anniversary next year.

We met in March, Cambridgeshire where Angela’s family is from and where I was a teacher of German and French.  Our two children, Chris and Emily, were born while we were there, Chris now works with the L’Arche Community in Preston, and Emily works with a church in Sheffield.

After leaving teaching, I was a Lay Worker in Suffolk for four years, and during that time candidated for ordained ministry.  I trained two years part-time, and one year full-time at Wesley House in Cambridge, travelling from and to Suffolk each week.  My first appointment was on Anglesey, off the north-west coast of Wales, I think the Church felt that with my background in languages I would have a chance of being successful in learning Welsh.  I loved doing that, and if you ever have a couple of hours to spare you are welcome to quiz me on the oddities of Welsh, which exist in all languages of course, we just don’t notice them in our native tongue.  After six years on the north coast of Anglesey, we moved to Menai Bridge, just on the Anglesey side of Thomas Telford’s famous suspension bridge.  We had six more years there, where I worked with the Welsh-language churches on Anglesey and also as the Methodist Chaplain at Bangor University, before we moved to Dolgellau in 2016.  Dolgellau is a small town about thirty miles north of Aberystwyth, ten miles inland from Barmouth, and on the southern edge of the Snowdonia National Park.

We are now enjoying getting to know Swindon, and look forward to exploring more of the area.  Having not had a dual carriageway within fifty miles of Dolgellau, the roads and roundabouts are a challenge to get used to, but as I have often said since we moved ‘What did we do before Google Maps?’  We are also looking forward to getting to know you all better, please feel welcome to contact me through the website.

As you know, I am a Methodist deacon, and one of the frequent questions I am asked is ‘What is a deacon?’  More of that another time!

Stephen reads the story of the feeding of the 5,000 in Welsh.

Ever wondered what it is like to be a minister? Hear Stephen answer this question when he worked in his previous Methodist Circuit Cylchdaith Cymru, Wales.