Visit our page on My Primitive Methodists

Check out the menu (to the left) to look at different aspects of our history from those who were instrumental in setting up the church, pipe organ, and other church events.

The locations of the two Methodist Chapels in Lower Stratton in 1886. 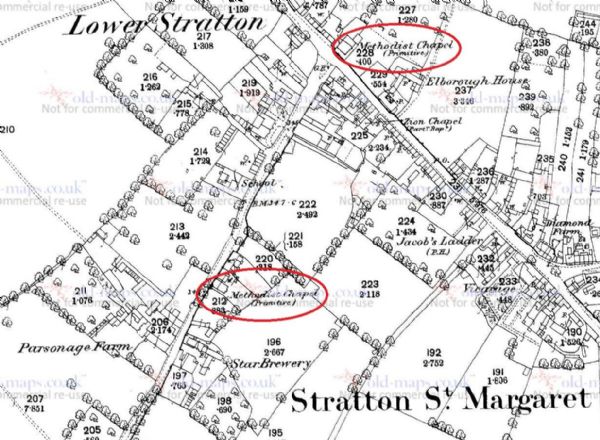 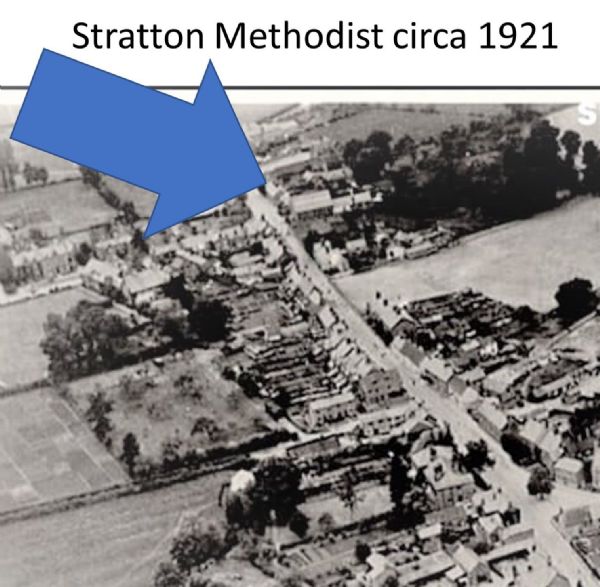 Date of the following photo unknown 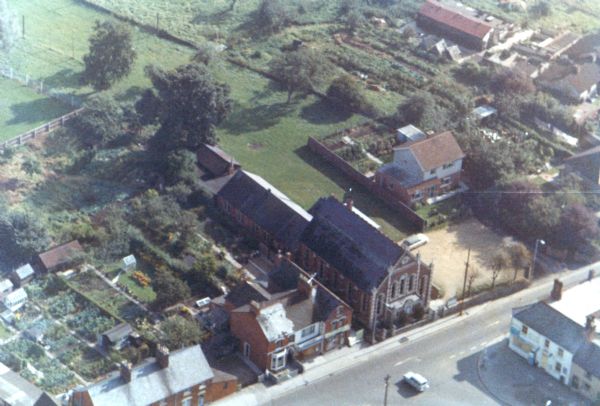 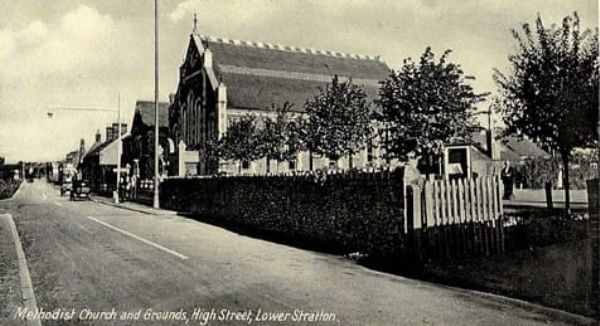 Electric lights replaced gas lights in June 1938. The cost was £40 and was overseen by Mr W H Iles. 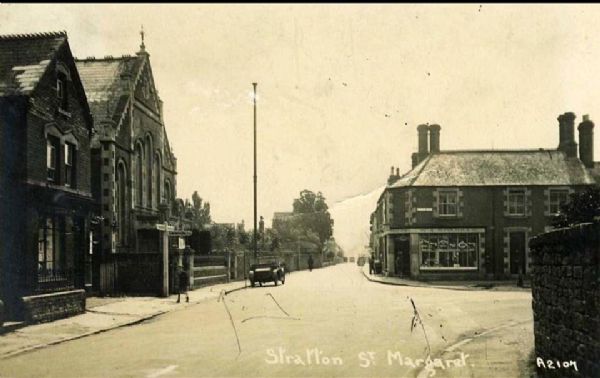 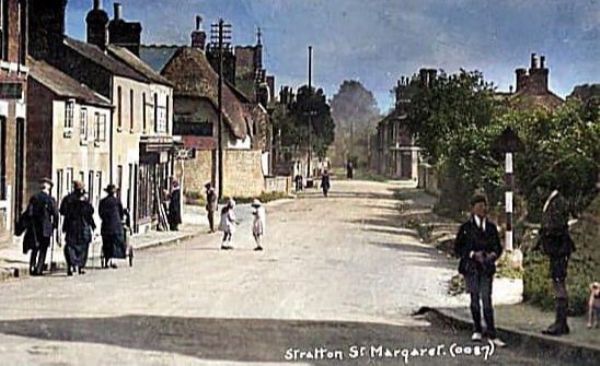 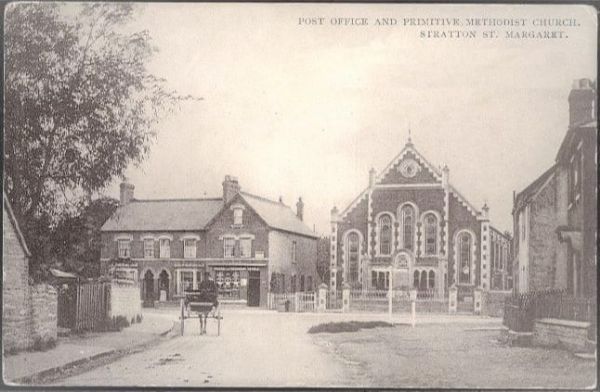 This unknown wedding took place in the church with Mrs Louisa Miller playing the organ. 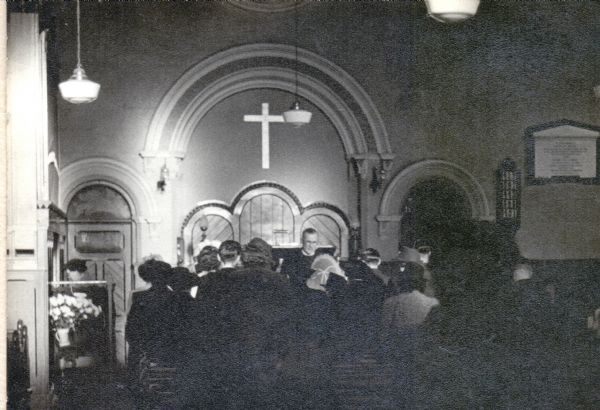 Inside the church before the orientation was changed in 2000 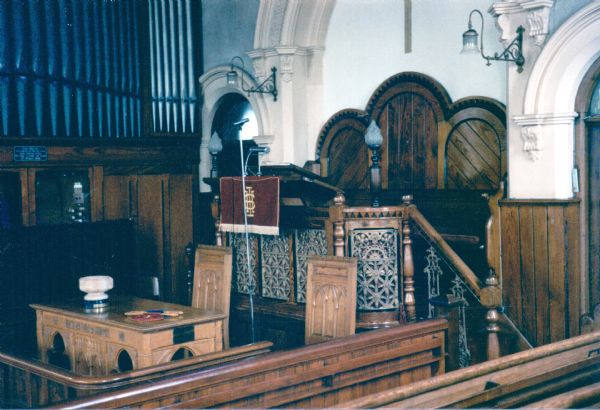 Inside the church with the old lighting 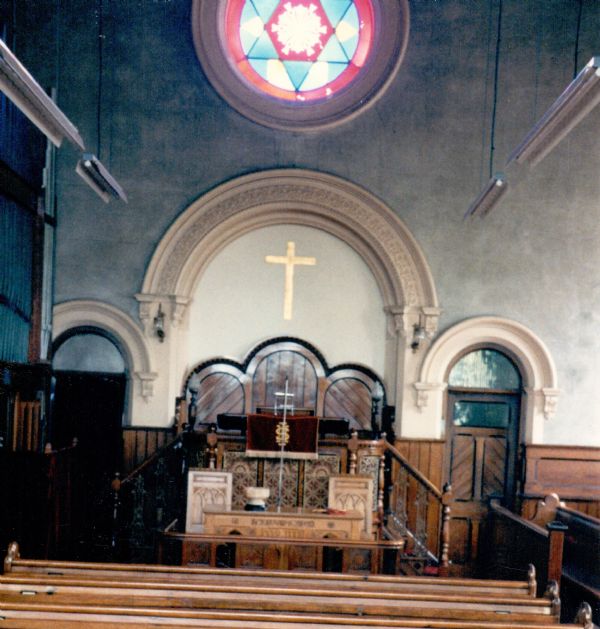 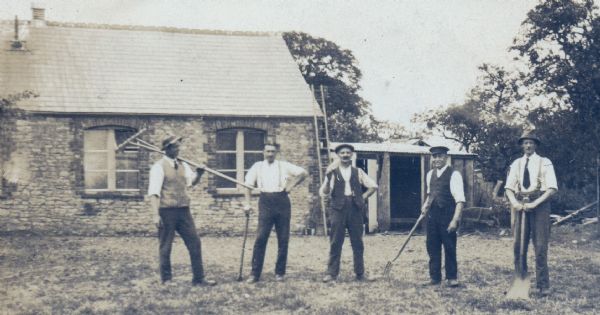 Our Church used to have a tennis club which played in the tennis courts behind the church in the area known as the orchard. Miss Frances Hill was the secretary to the club and ran its finances. Below is an extract from the accounts book showing income and expenditure in 1933. Tennis balls, water rates, chalk were regularly purchased as were the £4 fees paid to the groundsman (Mr Wells) per season. 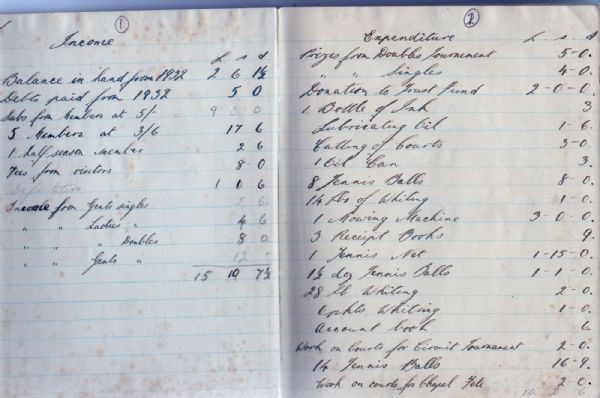 The present church building was erected in 1883 and the school hall in 1893, on land which had once been the site of a blacksmith’s shop. The whole of the land owned by the Methodists then was mainly all taken up with those two buildings. On the north side there is a pathway, hardly two yards wide. A short-walled pathway on the south side and the wall of outbuildings attached to the schoolroom was the boundary on that side. The Church did not then own the land which is now the car park and the site of the Manse. This belonged to a Mr Freeth of Elborough Farm, the house still standing south of the chapel (Some new houses have been built on what was the walled garden of Elborough Farm).

In the Mid 1920’s Mr William Roberts, one of the Church Trustees negotiated with Mr Freeth to buy at a reasonable price the piece of land, now used as car park of the site of the Manse. After the sale was completed, immediately an area was prepared, mostly by voluntary labour, and a bowling green was constructed, and a flourishing bowling club was established, and this went on for many years. A tennis court was also constructed, and at the side nearest the wall of Elborough Farm, a path or driveway was constructed to give access  from the street to the tennis court and the doors or a small lean-to which had been erected at the back of the school hall, without having to traverse the fine turf of the bowling green.

This driveway was used on Sundays and sometimes in the week, for two or three vehicles of worshippers. It was never a public right of way, although before the Manse was built, some people used to go through to the field beyond, through a gap in the hedge and over a ditch to join the official footpath in the next field. It was never a right of way, the original footpath still used, is between the Elborough farmyard and 117 Ermin Street.

In about 1928-1930 Mr Roberts had the opportunity to buy the small orchard, now largely overgrown.

In the corner farthest from the Church, the Tennis club laid out a second tennis court. The rest of the orchard was used extensively by the Church. Up until they acquired this orchard, for camp meetings, Sunday school treats and fetes, they had to rely on some kindly Methodist farmer lending them the use of a field.

From about 1930 all these activities took place in this small orchard, and so did others such as Circuit Garden Fetes, firework displays and frequently the young people of the church camped out there.

At the beginning of summer, swings were hung on the trees, and in one sense the area became an unofficial playground for children, under the supervision of Church officials (The swings were tied up on Sundays).