Primitive Methodism came to Lower Stratton in 1825. They met for 5 years in a wheelwright's shop at Stratton Park Cross roads. In 1830 they opened  a modest chapel in Swindon road. It was enlarged in 1942.

One well known member of this church was Charles Morse, whose son, Levi Lapper Morse established one of the first department stores in Swindon.

The first Primitive Methodist Chapel was located in Swindon Road, Stratton St Margaret and later was converted into two cottages in 1892 when the current chapel was built. The 'new' chapel was built in Ermin Street, Stratton, where it still stands today, although it looks very different from the picture below (taken in 1842). 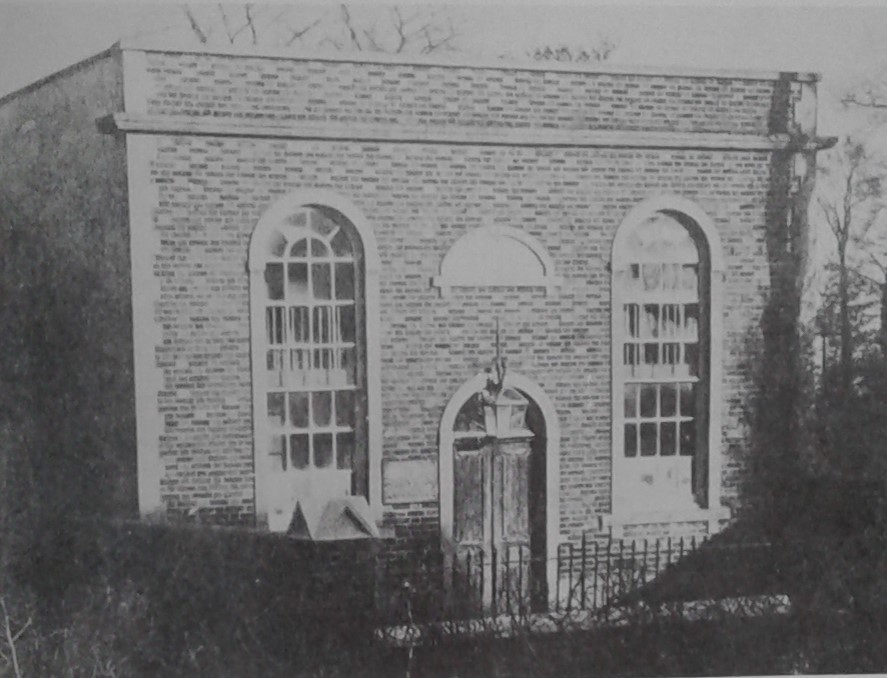 The present church was built in 1883 by Thomas Colbourne, one of the Primitive Methodist members, who build many chapels in Swindon and surrounding area. More information about Mr Colbourne can be found here. Previously on the site was a blacksmith's shop. Features of the Stratton Primitive Methodists were their large Sunday school, their band of Hope Temperance movement and many social events. 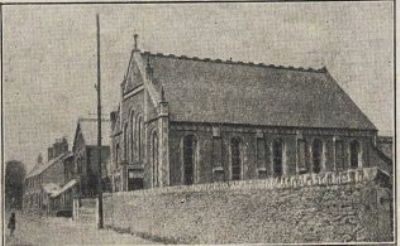 Before 1939, tennis courts were at the back of the church hall, sold off for housing in 1990's to fund the building of a new hall.

The manse, built in 1959/60 photographed in 1987. Before it was built, the manse was once a bowling green and then a tennis court.

The clock did not appear until the 1930s. 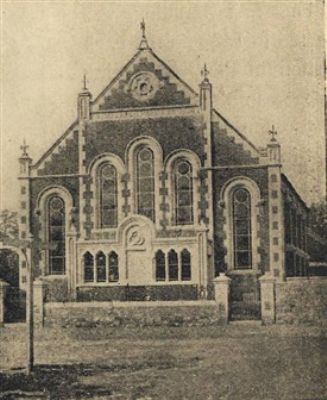 Inside the Church before the organ was built, lit by gas light, one of the first public buildings to be lit by gas. The clock, above the pulpit was a predominant feature but it could not be seen by the preacher.

The banner 'Sing unto the Lord' was painted by W Bramwell Hill, aged 14.

There is a plaque on the wall in memory of Charles Morse, who never lived to see the new chapel. 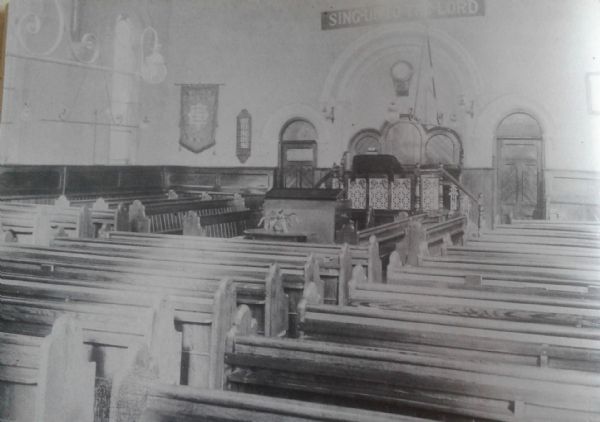