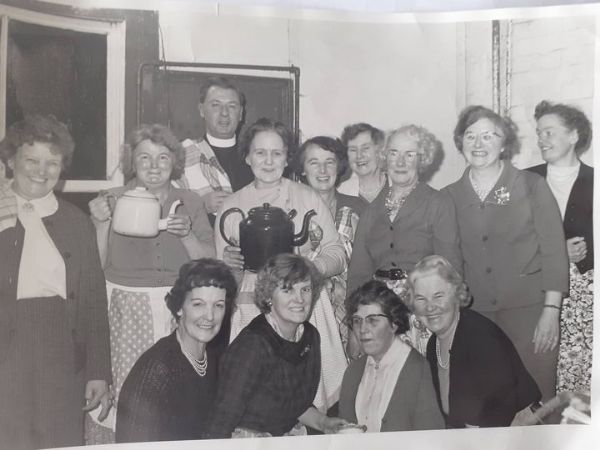 Thelma Palin is next to Mrs Landers on the bottom row

Lady second from right in the back row is Mrs Colwell, Lady next to her on the right hand side is Mrs Gwen Noyce 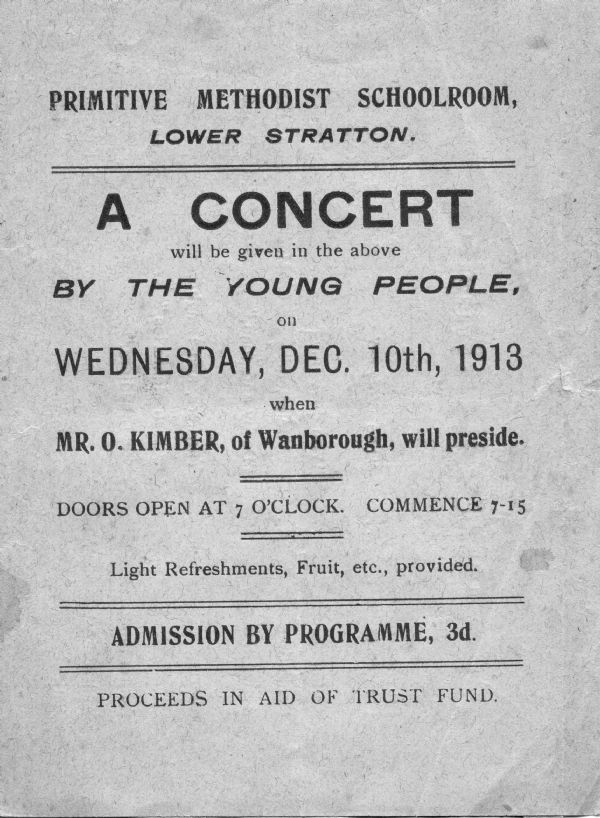 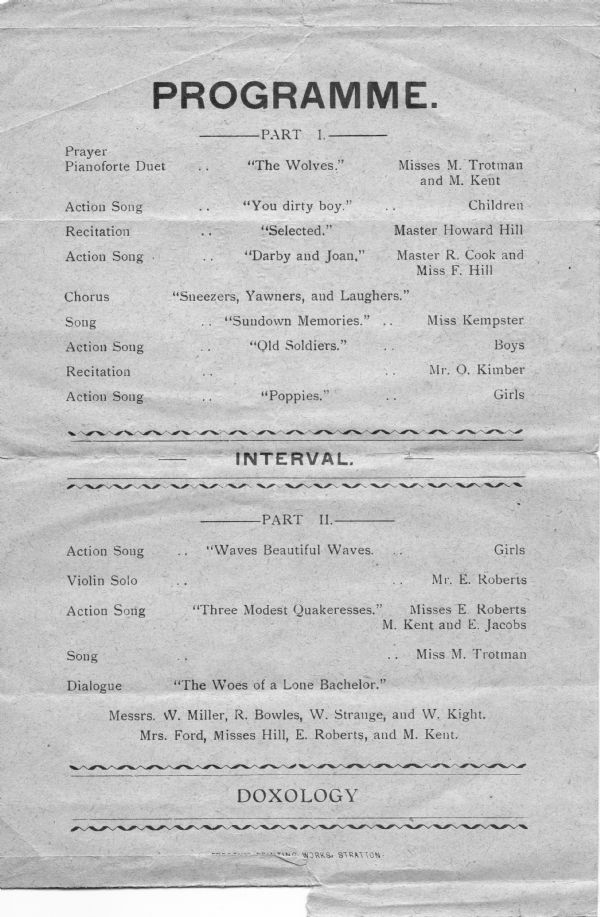 As reported in the North Wilts Herald.

At the harvest thanksgiving services at Lower Stratton Primitive Methodist Church the preachers were the Rev. H Carden and Mr W.A. Nobbs. There was an abundant display of the fruits of the harvest given by members and friends, and the building was tastefully decorated by a willing band of workers including the Christian Endeavour Class, Sunday School children and others.

There were excellent congregations, and the financial proceeds were good. A public meeting on the Monday evening was presided over by Mr. W. Iles, Senior, and able addresses were given by Mr H. Jacobs and Mr T Cook, Senior. Harvest hymns were sung, with Miss Hill at the organ.

A profitable sale closed the proceedings. Special services were again held last week on the occasion of the Church anniversary celebrations. The Rev H Allen lectured on the Saturday evening, his subject being 'Wanted, a Man!' Mr W B Hill presided. At the Sunday services the Rev. H. Carden preached impressive sermons to good congregations and on the Monday evening a well attended public meeting was presided over by Mr Herbert Hunt. The speakers were the Rev. Geo. Oyston (Wesleyan minister if Swindon), who spoke words or cordial brotherliness and he was followed by the Rev. H. Allen (Circuit Minister), Mr W.H. Hill and Mr. G.W. Roberts expressed thanks to all concerned.

The annual general meeting of the Lower Stratton Primitive Methodist Church revealed the fact that a record year had been enjoyed in the matter of finance. The accounts showed a gross income of £131 on the trust account alone, and an expenditure of £55 left a balance in hand of some £75. The sum of £30 was paid off the debt which is approximately £250. The Rev W.H Lawson, who presided, described the report as indicating 'a very wonderful year'. Mr J W Roberts (Treasurer) said that it was the biggest financial year in is experience. The excellent work of the ladies, under the leadership of Mrs W G Miller was mentioned and a hearty vote of thanks was accorded Mr W H Iles for his many generosities during the year.

The following officers were elected. 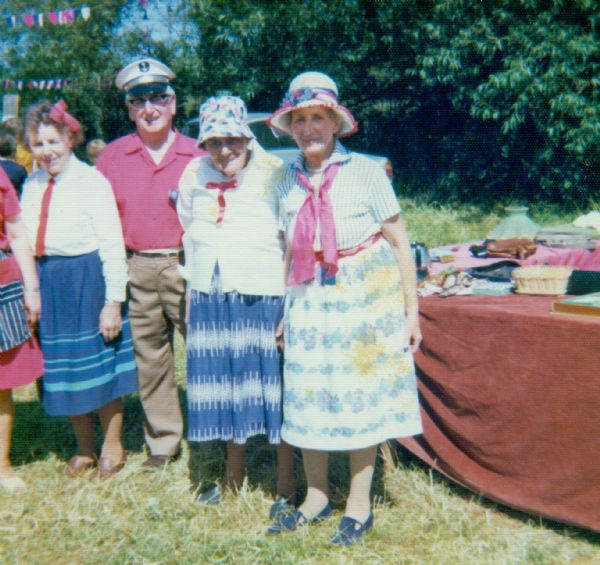 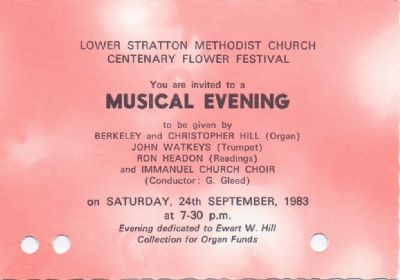 Reopening of the church and hall - April 1998

Creating the new joint church in 2001 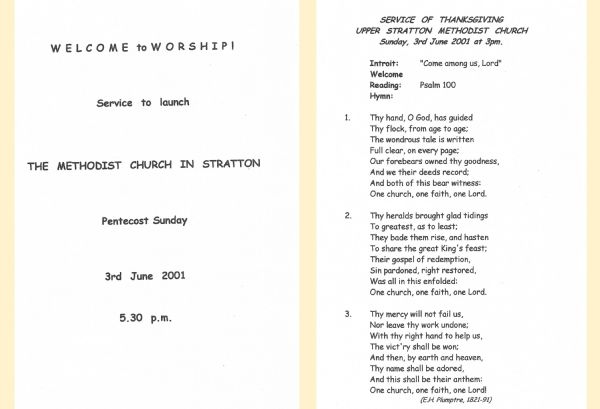 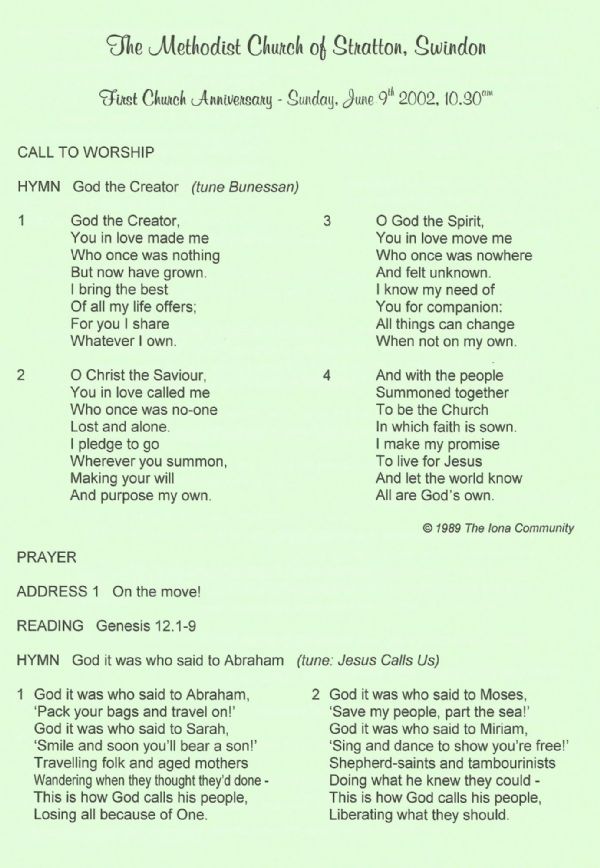