The Brinkworth and Swindon District Synod - Hand book from 1932 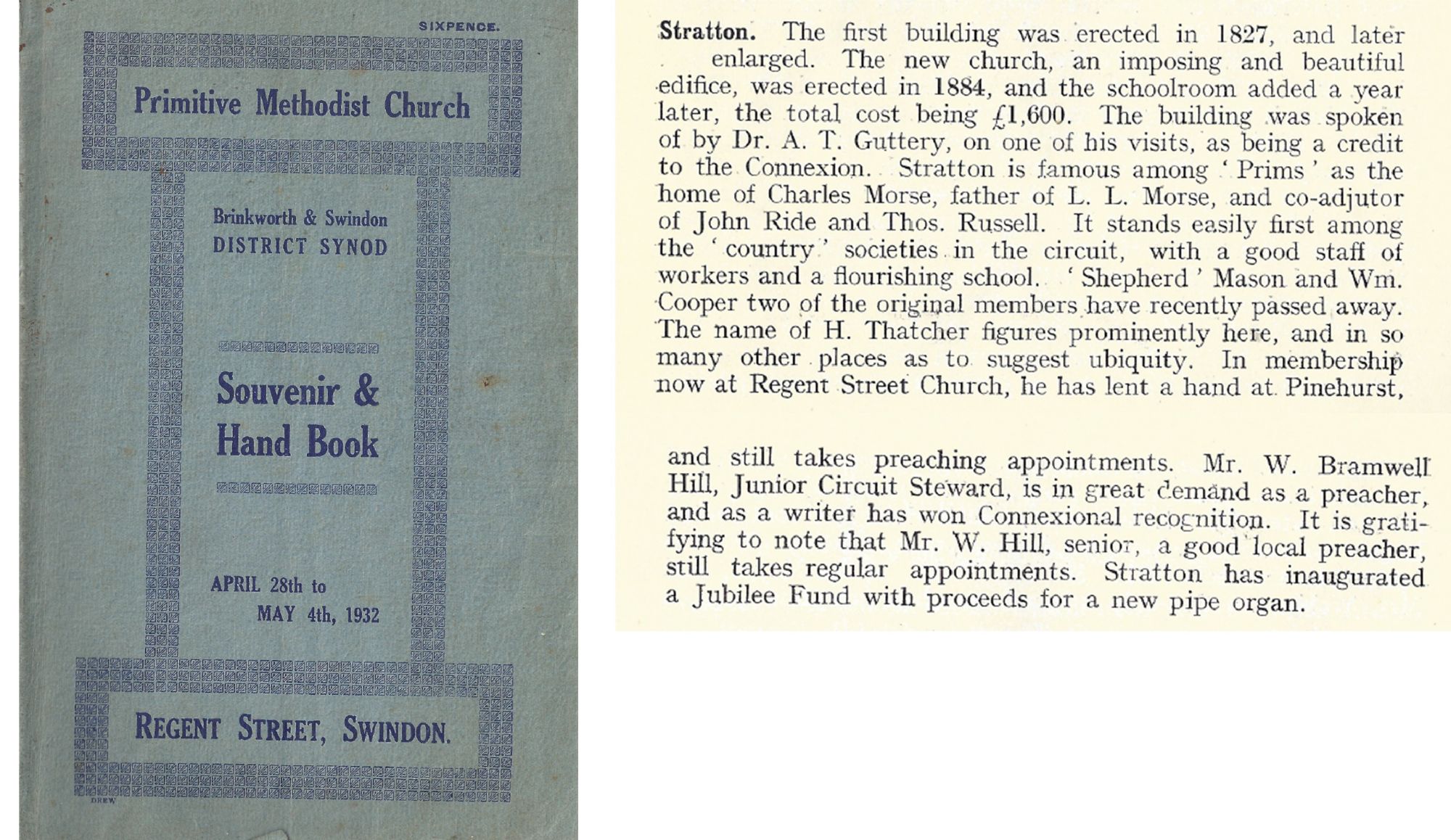 Stratton: The first building was erected in 1827, and later enlarged. The new church, an imposing and beautiful edifice, was erected in 1884, and the schoolroom added a year, the total cost being £1,600. The building was spoken of by Dr. Arthur Guttery, (President of the Methodist Conference in 1916) on one of his visits, as being a credit to the Connexion.

Stratton is famous among 'Prims' as the home of Charles Morse, father of Levi Morse, and coadjutor of John Ride and Thomas Russell. It stands easily first among the 'country' societies in the circuit, with a good staff of workers and a flourishing school.

'Shepherd' Mason and William Cooper two of the original members have recently passed away.

Mr W. Bramwell Hill, Junior Circuit Steward, is in great demand as a preacher and as a writer has won Connexional recognition. It is gratifying to note that Mr W. Hill senior, a good local preacher still takes regular appointments. Stratton has inaugurated a Jubilee Fund with proceeds for a new pipe organ.